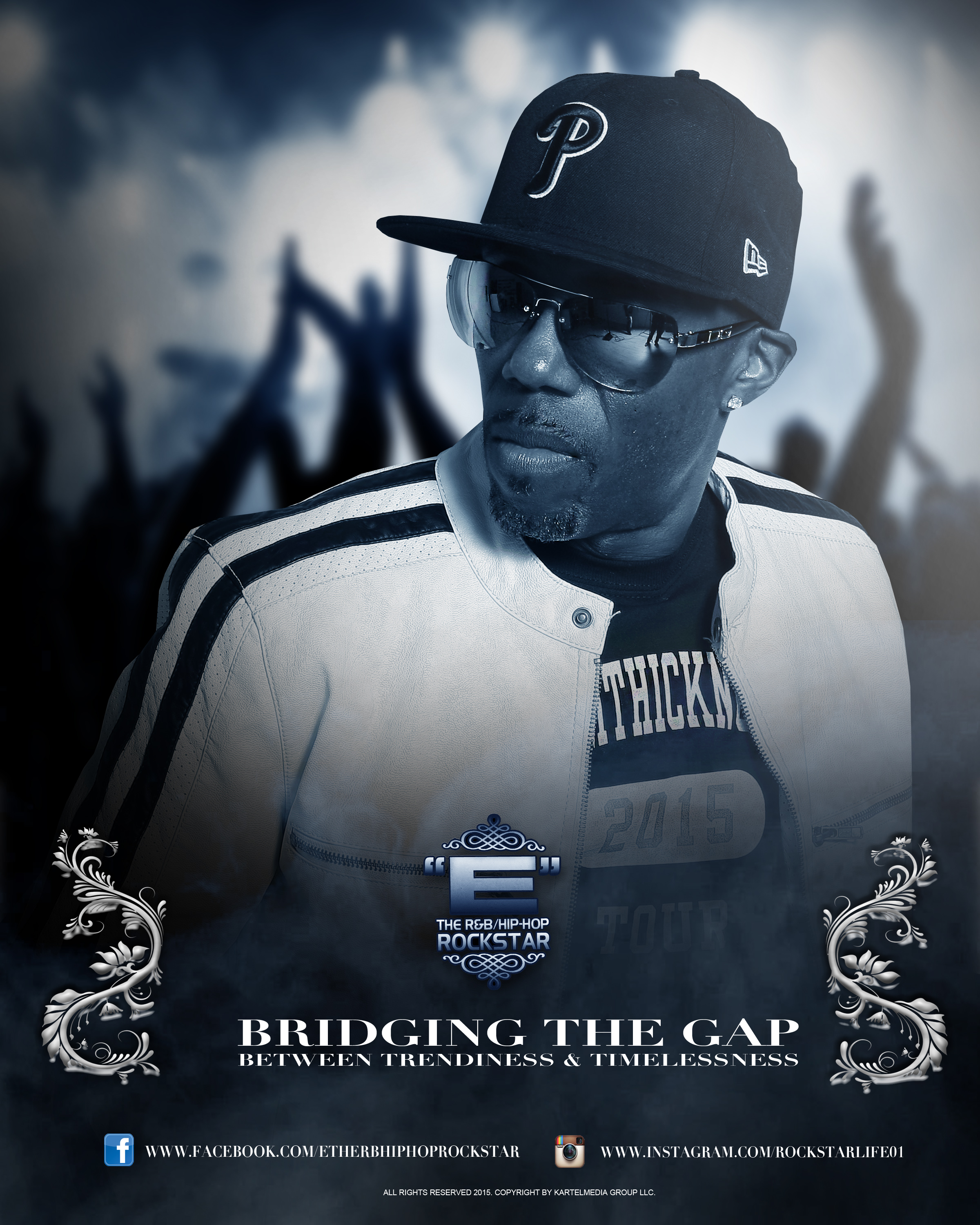 "E", a native West Philadelphian is the World's 1st R&B HIP HOP ROCKSTAR and proud recipient of the UIMA (Urban Independent Music Awards) for two consecutive years. The first honor was awarded in 2004 for "DJ of the year" and the second in 2005 for "R&B Artist of the year", and most recently "E" was also the recipient of the Velocity Magazine Award for Best R&B Album for his debut release The Prelude, he has also taken the top spot in the R&B category in the highly respected industry showcase "Faces in the Crowd" in his hometown of Philadelphia, and is also a 3X DMV Awards nominee, featured on the #1 R&B music site soultracks.com as well as receiving national placement on BET's Rap It Up mixtape campaign executive produced by radio / tv personality Jeannie Jones and award winning producer Nate Jolley, "E" adorns the DC metro area with his relentless talent and multifaceted ensemble roles that resounds his presence as a breakout star. His career was well placed as he ignited in the music industry as a seasoned performer, singer/songwriter, self taught musician and producer. In acknowledgment to his skills, he gives tribute to his influences such as Marvin Gaye, Michael Jackson, Prince, Mint Condition, D'Angelo, R. Kelly, Mary J. Blige, and Lauryn Hill. Born into a musically talented family, (his aunt and mother) are undeniable testaments that he is no stranger to capturing any crowd and that his decision to become an entertainer was without question. While his role as a DJ bolted like lighting as he spun at major hot spots in DC, E's effortless transition into songwriting and R&B performances lead him to share the stage with national recording artists such as Musiq Soulchild, Russell Simmons hit girl group Black Buddafly, Avant, Marsha Ambrosius, Pleasure P, and "Styles P" just to name a few, currently "E" is putting the finishing touches to his latest release Rise of an Artist ft. the sexy new single #TeamThicknCurvy, collaborating with various songwriters like Grammy award winning Keli Nicole (Beyonce, Tamia, Danity Kane, Michelle Williams) he graces audiences with intoxicating doses of R&B vocals, his driving force of HIP-HOP smoothed with a swagger and the performance energy of a ROCKSTAR. He is a scorching new enticement that's indisputably ready to take the music industry by storm, so get ready world for THE R&B/HIP-HOP ROCKSTAR "E"!